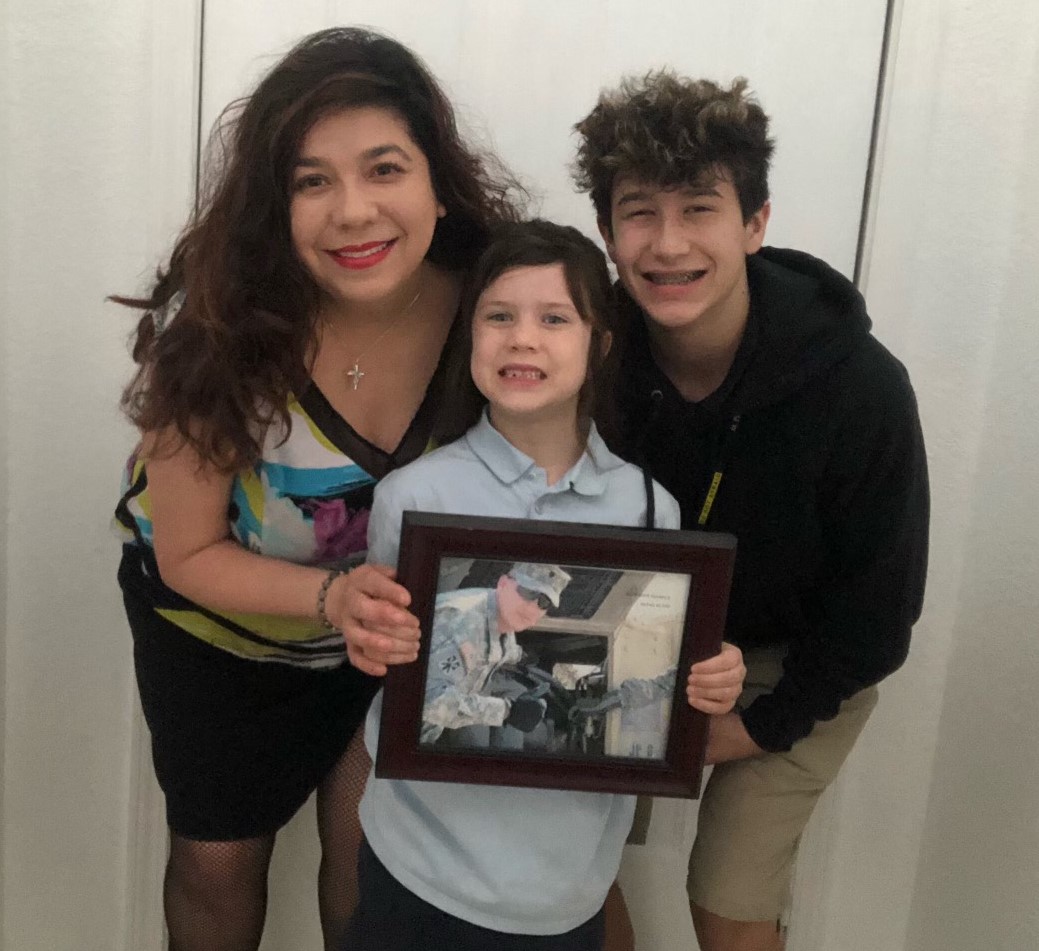 When Matthew has something on his mind, it’s hard for him to open up, he says.

But several years after his uncle Miguel died by suicide, Matthew wrote an essay about his uncle. The essay won a Gold Key award in the Scholastic Art & Writing Awards for the Southwest region.

Attending the Children’s Grief Center of New Mexico after Miguel died in 2012 helped Matthew learn to face his feelings of grief.

A few weeks after Miguel died, Matthew’s mom, Natalie, found a notebook of drawings Matthew made of him and his uncle. Natalie says she didn’t realize until then how much Matthew, then eight, was struggling with his uncle’s death. Natalie’s therapist referred them to the Children’s Grief Center.  “It changed our lives, it really did,” Natalie says.

Matthew wasn’t sure he wanted to go to the Grief Center but agreed to try it. Natalie drove Matthew to a group session for kids and sat nervously in the lobby. “Matthew came out so excited,” she recalls. “He said, ‘I sat with all these kids. I could talk about my uncle and they were okay with that.’”

Matthew with his Uncle Miguel

Matthew remembers activities like writing a word on a flashcard to describe how he was feeling, then painting over that word with an image of what he wanted to replace that feeling.

“The Children’s Grief Center gave me a place where I could go and feel safe and relate to other people,” Matthew says.

Natalie appreciated the camaraderie of the adult groups at the Grief Center. The facilitators and staff got to know the families and their stories, she says.

“Children grieve in all different ways,” she says. “They need some sort of outlet. The Children’s Grief Center allows that. Maybe they don’t know how to verbalize their feelings. They can do it creatively, in writing, drawing, body language.”

Natalie’s daughter was six weeks old when Miguel died. The family wanted her to know about her uncle. They talk about Miguel every day. The practices the family learned at the Grief Center and their spiritual beliefs have helped them face other losses throughout their lives.

Natalie, her daughter, and Matthew with a photo of Uncle Miguel

Matthew is now 17; he’s already been accepted to one college, plays varsity soccer, is starting basketball, and works part-time. Natalie works as a school psychologist and an ER psychologist. Miguel would be so proud of what Matthew has accomplished, she says.

Matthew’s essay about Miguel began by describing a tall, strong military guy carrying his eight-year-old nephew through a store. Matthew remembers he had socks on but no shoes and Miguel wanted to keep his socks from getting dirty. Miguel carried Matthew in one arm and a stack of groceries in the other.

“All I can tell you is, no matter what emotions I have been through and will continue to go through as I get older, I can say without a doubt, my Uncle loved me,” Matthew wrote.

Call the National Suicide Prevention Lifeline (1-800-273-8255), a hotline for individuals in crisis or for those looking to help someone else, or reach out to the Crisis Text Line, a texting service for emotional crisis support. To speak with a trained listener, text HELLO to 741741. It is free, available 24/7, and confidential. The Veterans Crisis Line and Military Crisis Line can be reached by calling 1-800-273-8255 and pressing 1. The Veterans Crisis Line and Military Crisis Line connect veterans and service members in crisis and their families and friends with U.S. Department of Veterans Affairs responders through a confidential toll-free hotline, online chat, or text.