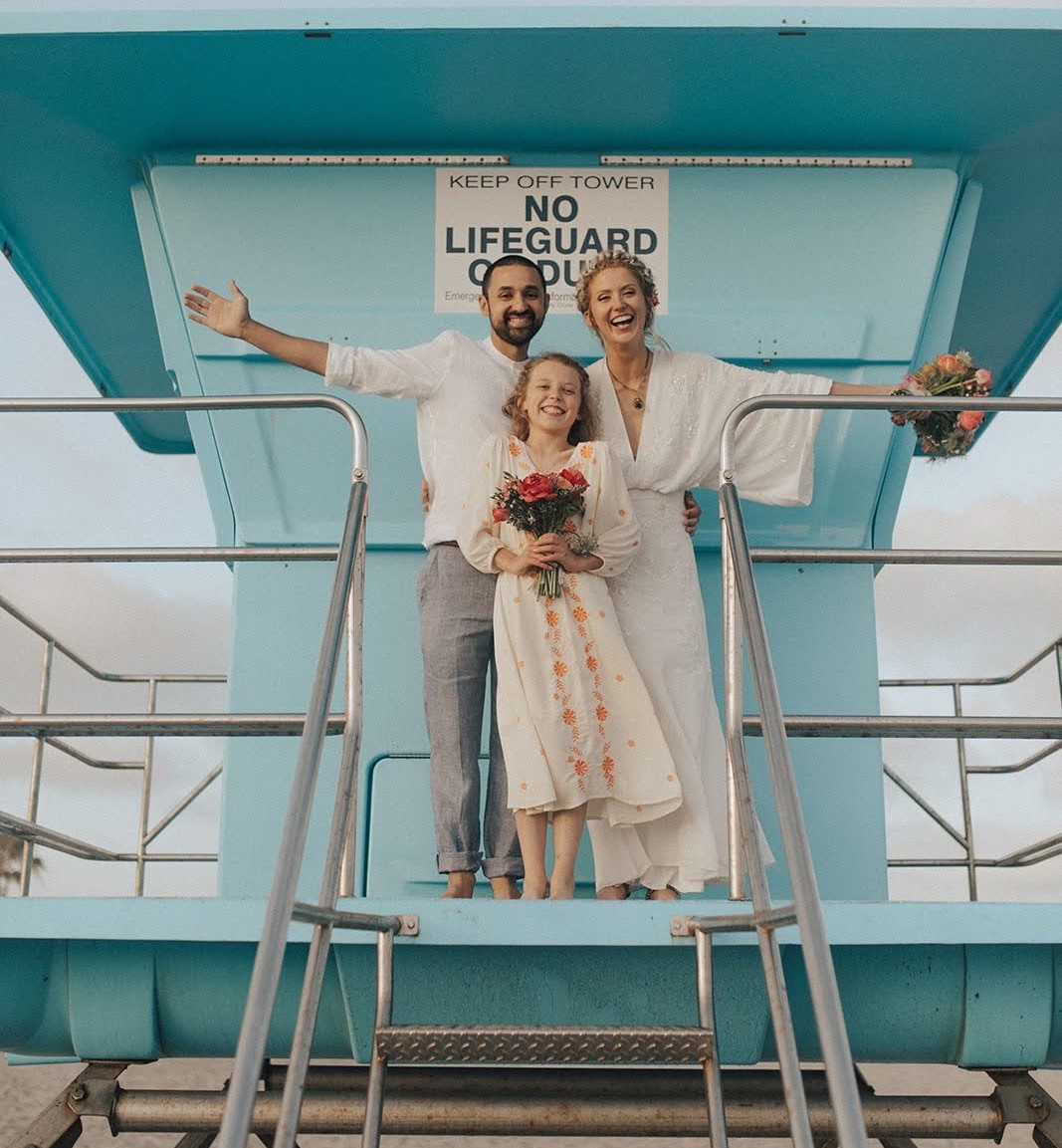 Grace’s father died by suicide when she was 13. Many of her extended family members didn’t acknowledge

Grace, her sister, and their father

publicly that he died by suicide or the struggles he experienced before his death.

Grace, her mom, and her sister learned how to talk about her dad’s death by attending the Children’s Grief Center.

“It gave me an ability to talk about my dad’s death in a way that was concrete and factual,” Grace says. “As a society, we need to teach both children and adults that there’s no shame in these things. If you can speak honestly about it, that destigmatizes it, helps people seek the support and help they might need.”

Grace didn’t know anyone else who had lost a parent until she came to the Children’s Grief Center.

“It exposed me to other people that were hurting in a way that changed their life,” she says. Just knowing that other kids were going through the same thing helped, she said.

The CGC also helped Grace learn how to discuss what she was experiencing with her immediate family.

Grace and her sister on her wedding day

“For me and my sister, it helped us talk about my dad’s death in a productive way,” she says.

When Richardson Bock talked about the loss of her dad, her words communicated an approach of “not letting it define you but letting it be your reality and being honest about it,” Grace says. That helped Grace envision what her adult life could look like after her loss, she says.

Grace remembers her dad on her wedding day by placing his photo in her bouquet.

Grace has experienced many milestones in her life since then. She works in health care, focusing on maternal and infant health.

She had a daughter six years after her dad’s death. And this year, Grace got married.

Having a daughter and getting married both brought Grace lots of joy and also brought up a lot of emotions around the fact that her dad didn’t live to see those things happen.

Grace says the CGC and therapy helped her to heal. She also paints, and danced in her teenage years. Having physical and creative outlets for her grief helped, too, she says.

“It’s just a place of reprieve,” Grace says of the CGC. “Kids that are mourning a significant loss deserve a reprieve.”

Call the National Suicide Prevention Lifeline (1-800-273-8255), a hotline for individuals in crisis or for those looking to help someone else, or reach out to the Crisis Text Line, a texting service for emotional crisis support. To speak with a trained listener, text HELLO to 741741. It is free, available 24/7, and confidential.